Walking the Wrong Side of the Grass From the African dust of the Boer War to the mud and death of Flanders, Walking the Wrong Side of the Grass tells the moving story of a young boy ripped from his idyllic life as a forester to seek revenge in the trenches of the 1st World War. It beautifully captures the innocence of childhood and the emergence of youth thrown into the brutality of war, a story of revenge which begins in a small Derbyshire village where the cotton mill has a horrifying past.

Walking the Wrong Side of the Grass is powerfully written, evoking both the rhythms of a rural existence and the unrelenting slaughter of the 1st World War with equal clarity. Accessible to adults and teenage readers alike, it ends with a poignant evocation of the atrocities of the first day of the battle of the Somme, fought 100 years ago. 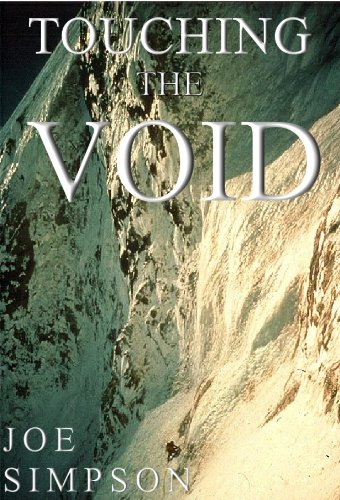 than 50 images. ‘Touching the Void’ is the tale of two mountaineer’s harrowing ordeal in the Peruvian Andes. In the summer of 1985, two young, headstrong mountaineers set off to conquer an unclimbed route. They had triumphantly reached the summit, when a horrific accident mid-descent forced one friend to leave another for dead. Ambition, morality, fear and camaraderie are explored in this electronic edition of the mountaineering classic, with never before seen colour photographs taken during the trip itself.